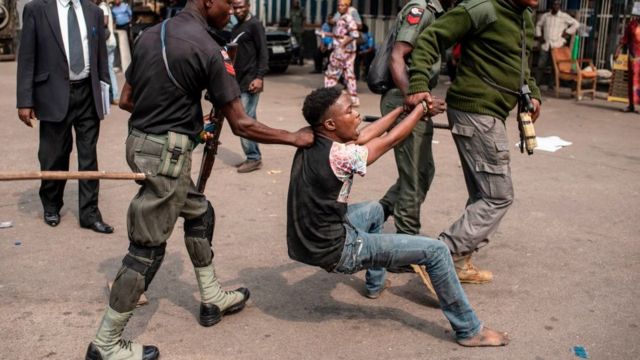 There is a level by which an event begins to take repetition and your senses would alert you that something has totally gone wrong. You do not need a prophet to tell you that the nature of Nigeria is in total chaos and the majority of what is happening has been a scheduled plan, or like a script that has been kept until the time of execution.

Nigeria is experiencing the worst time of it, and it is something of terrorism, lack of respect to human life, which is evident in the records of people killed every day, without proper account of it. For a country that is diversified in language and culture-wise, with the major concern on religion, there is difficulty in everyone assimilating the opinion of others. And since Nigeria practice majority politics instead of democracy, the capitalists and the politicians, utilize this time to strategically carry out their evil intentions in the guise of Biafran frenzy.

A few days back the news of the horrible assassination of Ahmed Gulak, who from the reports came for an official function in Owerri, Imo State. His killing is at this moment forming a yeast, because of the political post he covered. The threatening message from the Northern youths to the Imo State Governor is too much because they are ready to launch an attack if they do not find a reasonable answer from the Governor. It is seemingly disturbing for Senator Hope Uzodimma to accept that the killing of his friend, who sincerely played a significant advantage to the position he occupies in Imo State has a political undertone. Uninteresting is the way the police officers are carrying the investigation, tagging the assailants as a fraction of Biafrans, without taking into considerations other ripples that characterise the tactical assassination.

Another murder of the Chief Judge in Enugu, boiled again yesterday after it was announced that he violated the sit-at-home directives. I do not want to begin to mention the many persons who have lost their lives within this short time, especially the civilians, who are maimed in their numbers and their properties vandalized. The terrible situation, especially in the state of Imo is yet to be given any serious attention, as the State Governor, kept reassuring his electorates that they are making efforts to diffuse these security tensions.

You don’t need to be informed that there is a cold war going on in Nigeria, especially the dastard and outrageous one taking rounds in the Southeast. Many enemies of the Southeast are utilizing this opportunity to fulfil their plans and make it appear as if it is a problem of Eastern Security Network and the soldiers. That the region is peaceful, doesn’t mean that you can torment them and make their environment very hostile and ungovernable. There is no point to take back our words because what is happening now is a clandestine genocide. It is a depiction of a written work, taking scenes and acts to actualize the purpose of the writer.

I ask the populace of the Southeastern Nation to be very cautious and understand that this is the moment most of the rivals of the region is waiting to see, for them to bring their evil intention into actuality. However, know it as well, that it may be a sign of distraction to the one purpose and common goal you are fighting, which is the freedom you are entitled to. The more you expose yourselves to them, they are indirectly taking advantage of you and this is exactly the possible chances they are yearning for. Be at alert. Your unknown enemy may take this time to eliminate you and your family and it will be counted as the action of the unknown gunmen. You needn’t any sign to be intimated that war is gradually letting lose. Sixty years after the Biafran war, it is as if history wants to repeat itself.