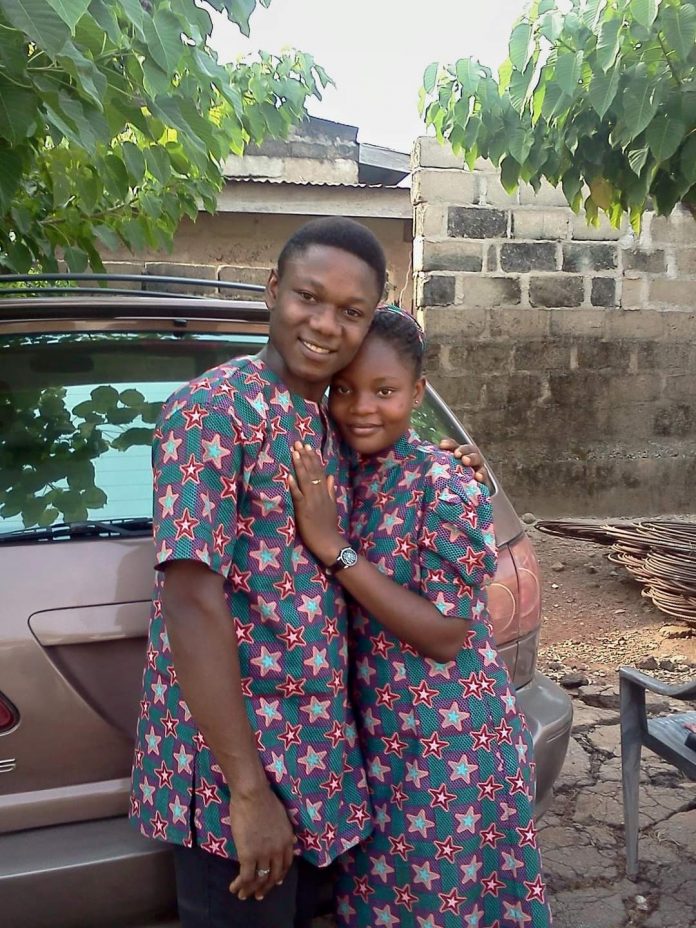 Marriage is a bed of roses, but if you say it has thorns, you may not be wrong. Roses are shrouded with thorns, but it has the best smells and is very pleasing in the eyes. When you want to link marriage to bed of roses, you are as well not differentiating it from the thorns, because it is the availability of the thorns that make the beauty of rose become more astonishing. Everyone who wants marriage and is not aware of the thorny part of it has decided to limit the peculiarity of rose. And it is fruitless to continue a discussion with someone who abates the presence of thorns in the bed of rose.

In the next five years or so, my parents would mark their fifty years of their marital vows. It is a journey of continuous knowing and in strong but authentic life, which they have lived. I have spent a part of my life watching my parents and I am very proud to tell you that they never undermined the presence of thorns in their marriage. My Mum got married to my Dad after she had graduated from secondary school and a year later, they become helpmates to each other in trying to build a vision which both of them earlier conceived when my Dad was merely my Mum’s classroom teacher.

I have observed that many homes that are spreading the news of divorce, may have married out of the concept of a bed of roses, without realizing there are thorns beneath it. And when at long last, they discovered that thorns are hidden in the bed of roses, they begin to scream, this is not what I bargained. Marriage is not cheaply a bargain, it is a coming together of a man and a woman to agree to become one. One thing is as well very needful, a man is incomplete, same as a woman. When you intend to marry a complete man or woman, you are on a narrow path to fail. There is room for completion and that could be possible by uniquely bonding together with the interest of completing each other.

My aunt had three divorces and all happened within five years. After a more critical look at the relationship, it was discovered that most of the men came for her money. In my teenage period, I learnt how the wealth of my aunt assisted most people recover from their business collapses. She lived in Lagos and at a time when the value of money was just in thousands. I still have a mental count of those she helped while she was still single. It was because of her awesome magnanimity that she endeared many false relationships that bestowed their ample time in siphoning her income. This systematically ruined her finances and left her a pauper.

The definition of marriage in our age has started taking a new dimension and that is the reason why we record an outrageous number of divorces. Get your mind back to when our parents and grandparents were married, you will find out that even though there were issues that punished their era, it was with a low rate of divorce and none had mentioned that they were staying in a managed marriage. The perception that Christianity brought the problem of divorce is quite an unfair conclusion. If it did, there are still men who married more than three wives that have experienced triple divorces as well. Promiscuity and infidelity are not central to the Christian life, but rather a way of life most of us have chosen in order to disparage the concept of fidelity in marriage. Our age is confronted with a loose mentality. And this loose mentality is classed by gender. When you teach girls to be mindful of virginity and let the boys explore these girls you are protecting their virginity, are you not in a way sponsoring a loose mentality?

My maternal grandmother lived with a blind husband for five years before he died in 1995. And for once, there was no time she complained about his poverty of sight. This is to mark her definition of marriage as something that is not just for the best. The emotional switch in marriage may come as a result of accident and it may be that your husband becomes aggressive because he had seen how his business had started disappearing. Instead of making him feel better by being the best motivator, your recourse becomes to compare him with Mr. Ikenga, Chief Odogwu and the rest. Comparison comes with effortless nagging and the moment you nag, you bring discomfort in the structure of the family.

Find your truth and in that truth, make sure you are being truthful to your partner. Don’t consider building your relationship with someone in deceit. Neither expectation is encouraged. Bring out yourself in trying to build a relationship. Don’t deign to any pressure by marrying the wrong person. Be intentional about what you want and state it as soon as you want to begin that courtship. If it is compatible with the person, then it is the game, but don’t say, I can always manage. The filtration of management in marriage has disfigured the face of many marriages we thought would be bright and beautiful.  The greater disservice you can give to yourself and your partner is to keep away from him or her, that which may complicate the settings of the union ordained by God.

I am using my family to write about marriage and this is one thing I do when I want to delve into topics as crucial as this. I have witnessed a lot of issues about marriage in my extended family and I have noticed numerously that marriage becomes sour, when the people involved have been imposed to see it as a means to an end.  Philosopher Immanuel Kant said that human beings should be treated as an end in themselves and not as a means to something else. Kantian ethics refers to a deontological ethical theory that says, “it is impossible to think of anything at all in the world, or indeed even beyond it, that could be considered good without limitation except a good will.” I knew I made a case about Kantian ethical implications and I agreed with him at long last, that the moral definition of marriage should negate the factors of seeing anyone you call a partner as a means to an end. In writing about marriage and its complexities, I make bold to say that what personally inspires your relationship with that person should front not your expectations, but the contribution that will make the meeting of the expectations come pretty soon.

YOU NEEDN’T LIES TO GET LOVE