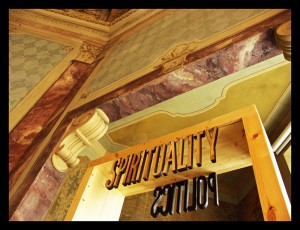 Ever since the creation of human life, the quest to source for autonomy and social independence has become a perennial concern. The increasing number of ideologies and creative prowess has made it very easy for people to enjoy the Enlightenment of their effort. Day after day, the challenge of teaching the traditional doctrines of the Catholic faith, is stiffened by a lot of individuals who believe that the reality of such exercise, should trace a primary foundation from them. We are gradually shifting our gaze from social independence, into a more fundamental and complicating aspect. This brief reflection would uncover how delightfully the many Christian and traditional worshipers, introduce a new system of devotion, conceived as spiritual politicking.

There are three arms of religious worshipers and each of them treads on the concept of Trinitarian identity to fight for their position. Their feelings about religious practices and how well the identity of Christianity influence them, occasion various issues, which make them rethink certain traits pinned to worship and devotion. To achieve a clear cut distinction, traditional worshippers are a special kind of people, who do not find the need to be associated with the Christian-oriented characters and have in small measure, used culture to build their perception about worship and devotion to their supreme being. While the Christian worshippers, employ the Christ-like characters, which has its proceedings from Biblical instructions and other Godly curricula. It is an interesting feeling to know that these two separate spiritual foundations have a common goal and which is to give honour and adoration to a Supreme God, but at times the many cases of abuse filed while disseminating these functions contradict the purpose of the worship. Every spiritual task, has inside it, the three arms, which include; Faithful worshippers, Syncretic worshippers and Spiritual Politickers.

I am likely to tell you that the Christian people have slender faithful worshippers. It is also possible to find out that one of the most troubling aspects of the Christian life is to measure out a good number of people who are deeply not in doubt of the spiritual activities carried out in their churches. Most of them, who are born Christians, are with no choice rather than to adhere to the established rule of worship. Amongst these difficulties, there are a handful of people who are filled with the zeal and lovely aspirations towards Spiritual issues. They are set of people who as well think that the reason why Christ went to the Cross as Fulton Sheen enjoins, was to show us not just love, but the need for our redemption. Very few people in this age, have a balanced budget for spiritual worship. Some may be out of economic necessity, some may be to obtain a social relevance and many others, come to pray and worship so that they will ascend to a particular political power that will nominate affluence and authority to them. The act of worshipping God with the primary intention of seeing others as brothers and sisters and those who through the likeness of Christ, participate in the universal communion, develops with the incredible sign of love. By this fraternal nature, which seems to me, a humanistic inclusion, shows interestingly the character of Christ who so loved the world and has acknowledged that by giving his life as a ransom to our sins, we are solely in union with him. This is to say, that every faithful worshipper, who by the presence of Christ in their heart, will manure his or her Christian inclination, not with just love by expression but in perfect disposition to love above barriers and individualism. Saint Thomas Aquinas sought to describe the love made possible by God’s grace as a movement outwards towards another, whereby we consider “the beloved as somehow united to ourselves”. Our worship as Christians should think towards shrinking hate and valuing others no matter the social class the individual belongs to.

We hardly can give a history of this milieu’s way of worship, without referring to how their different ideologies have stolen the sense of sacred Christian tradition. The adoption of these various ideologies, ignite tension and in between the practice push forward the retardation of spiritual strength. Those who wear the Christian garment, are generally using their different cultural mentality to worship God. However, the fact that these are actions exhibited by a Christian populace, makes it more worrisome. Those who are participants in the spiritual communion are often seen sourcing for powers and riches with native practices. They are those group of people who are living with pseudo faith, the type that doesn’t believe in the graciousness of God’s omnipotence and who think that the best way to live out their life is to hotspot two spiritual foundations. The character of syncretic worshippers is those who have a double affiliation to spiritual comfort and those who presume that each of these spiritual power, has its limitation. It is based on this spiritual syllogism that many align concretely against the biblical injunction “you can’t worship both God and mammon” (cf. Matt. 6:24). Syncretic worshippers develop a new calendar of devotion, which identifies, struggle to keep two legs in opposite directions. Gradually, the intense desire for reserving our faith in God is no more like before. Now, Christian people, who receive the holy body and blood of our Lord Jesus Christ, are likely to present any slightest issue you have with them, at their local shrine and even go forward to perpetuate other similar evil, using that native method. They are not bothered about the effects and other demerits it generates in their Christian faith. The craze of immediacy can as well contribute to why people seem to be syncretic worshippers; the moment they are unable to reach their material desires and perhaps their security assurance, they employ the use of charm, magic, and a host of other diabolical slots.

Just like we have other political parties which dominate our political enclave, we have also many spiritual parties who in their respective capacity unleash their agendas. The increment of Church political associations is giving rise to certain conflict in the worship of God. There are numerous Christians, who with their wanton interest in planting the seed of discord, strive to head a particular religious organisation. It doesn’t suggest that this individual has the strong zeal to propagate the teachings of Christ, in the small Christian crib, rather, it uses the spiritual environment as an arsenal to fight others, who seem to be his or her rival, either in the business area or social status.

I have monitored a lot of pious societies, who focused their interest on the leadership of the group. They barely find meaning in the prayers and the spiritual exercises that are carried out. Their primary objective is to install a great feeling of leadership. At times, they fight to usurp the government of the present administration, in a way to screen their steps into the room of leadership. It baffles me that such an idea can be found in a place of worship. The fact is that this terrible attitude wings its way even to the point that religious leaders serve as backups to this pagan demonstration. And it becomes a problem when those who are seen as custodians of faith and doctrines of God are giving their secret support, either through silence or lewd advice.

The nature through which this cankerworm finds its trace into the Church is an undue influence of materialism and for the fact, that the Christians are conceiving the Institution of Christ as a table of fun, they periodically launch their perception as a major wheel that can drive the spirit of the Church.

What can we do?

First of all, we need to tell ourselves the reality of our connection with what we do in the worship of God. There is already a contradiction of purpose in the way we reverence God. A minority of us come to worship God and that is simple. Others who are making their way to the Church, have dubious attitude. It is customary to those who feel that the more they get closer to the Church, they become familiar with the teachings of faith and by so doing, ascribe those doctrines as nothing.

One more thing, we should learn to be speakers of the truth. Once you discover such a person with that attitude, don’t hesitate to speak up. The character of recalcitrance and nonchalance that is creeping into the fabrics of some Christians are way too much. Your silence is a new means of consent and it destroys the embers of the glory of the Church.

The Church is specifically designed for worshipping God and raising our hearts to God through prayer. Anything outside these, are unacceptable. The figure of the Church should remind us of a place of encounter, a place of communion and a citadel of holiness. When our devotion to God, is punctuated with human inclination, it is possible to raise candidates who are not in genuine friendship with God. And when you begin to subscribe consistently to the web of human reasoning, it blinds you from seeing the divine realities, which supposed to help you grow in faith than in the default of a real Christian, which gives rise to spiritual politics.